A preliminary assessment of the Normative Framework regulating MAR schemes in Europe: the EU Directives and their Implementation in nine National Legislations

The use of MAR schemes within the European Union is not a new phenomenon, on the contrary it dates back to the beginning of the XIX century. Despite being widely adopted and currently the object of extensive studies, this tool is not soundly regulated and so far very little research has been conducted on the normative framework regulating MAR at the regional and at the national level. This paper draws upon the findings of a Report which represents one of the deliverables identified by MARSOL, a EU FP7 project launched in December 2013 that aims at demonstrating that MAR shall be regarded as a viable approach to address the predicted water shortages over the long term. Through a survey which involved a number of national experts, the researchers involved in the drafting of the Report have collected relevant data concerning the national legal frameworks of nine EU countries that adopt MAR schemes. The results of the questionnaire have been processed using a qualitative and comparative approach and have been duly included in the legal analysis, which covers the implementation at the national level of the two EU Directives relevant for MAR Schemes, i.e. the Water Framework Directive and its “daughter”, the Groundwater Directive. This paper shall be considered as the outcome of a preliminary investigation which covered only a limited number of European countries, it is expected that the research will be carried out as to include a larger number of EU Member States (MSs), alongside the most relevant extra EU countries. 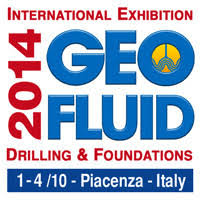